In line with its founding mission and with the commitments and objectives undertaken following the Park’s entry into the UNESCO World and European Geoparks network and thanks to the European Charter for Sustainable Tourism certification, the Park has been committed over the years to outlining a strategy to support sustainable, fair and inclusive development for our territory.

Starting in 2017, work on the Green Economy theme has seen the Park begin to collaborate with the Fondazione per lo Sviluppo Sostenibile (Rome, President Edo Ronchi), one of the most qualified subjects regarding this theme.

After the first years in which the Park focused mainly on the aspects of tourism and sustainable agriculture, it was decided to also look at many other sectors of the Green Economy as one of the cornerstones of Sustainable Development. The commitment to support a development that can be sustainable, fair and inclusive has led the Park to undertake a process that alternates between discussions with experts and researchers in the field and the involvement of the territory, with a participatory and inclusive approach that has characterised our work for years. 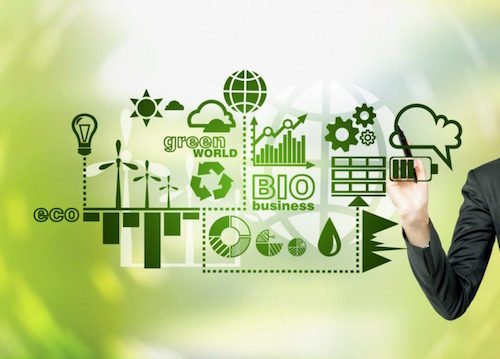 It started with a survey that led to a diagnostic study on the existing best practices, potentials and criticalities of the Green Economy in the Park’s territory, whose documents can be downloaded here:

THE GREEN ECONOMY STRATEGY OF THE METALLIFEROUS HILLS

Beyond CETS, the Green Economy in the Tuscan Mining UNESCO Global Geopark

A process of involvement of productive activities, trade associations and entrepreneurs has now begun, in order to implement concrete actions to support the green economy and the creation of green and decent jobs in the Park territory.