The Park is a mosaic of extremely heterogeneous habitats: from the sand dunes and rocky coasts of the Gulf of Follonica, to the coastal wetlands and the sub-mountainous woods of the Cornate di Gerfalco, Poggio di Montieri and Sassoforte. This variety of environments corresponds to a surprising biodiversity, facilitated by the low population density, especially in the interior. 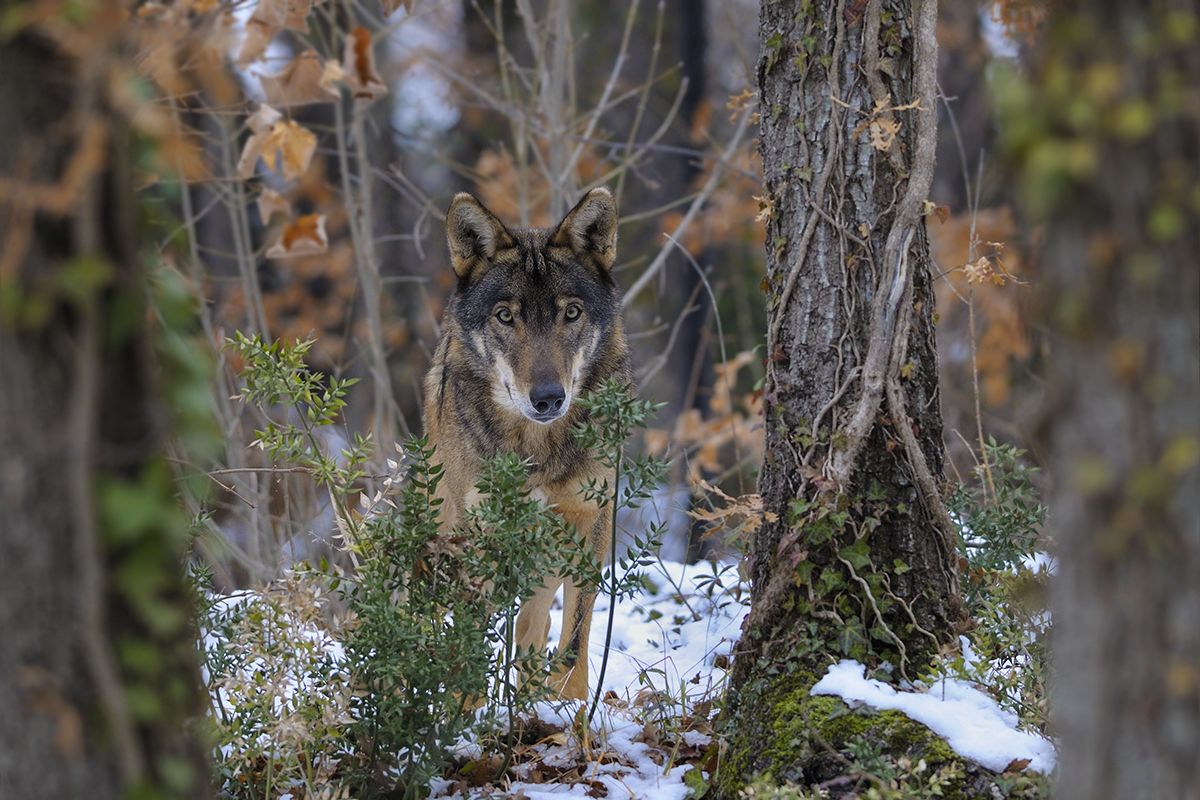 There are rare or uncommon species in the Park, which are symbols of the conservation of flora and fauna: for example, the broom grass (Hottonia palustris), the Flowering Fern (Osmunda regalis) and over 50 species of wild orchids; the Wolf (Canis lupus), the Wild Cat (Felis sylvestris), the Peregrine Falcon (Falco peregrinus) and others, certainly less known, but which are clear indicators of environmental quality, such as the Marsh Harrier (Circus aeroginosus), the Chestnut Sedge Warbler (Acrocephalus melanopogon), the Sandpiper (Euleptes europaeus), Savi’s Salamander (Perspicillate salamander), the Lindenia (Lindenia tetraphylla) and two threatened endemic snails, the Melanopsis etrusca and the Xerosecta giustii, which are classified EN (endangered) and CR (critically endangered) respectively on the IUCN Red List. 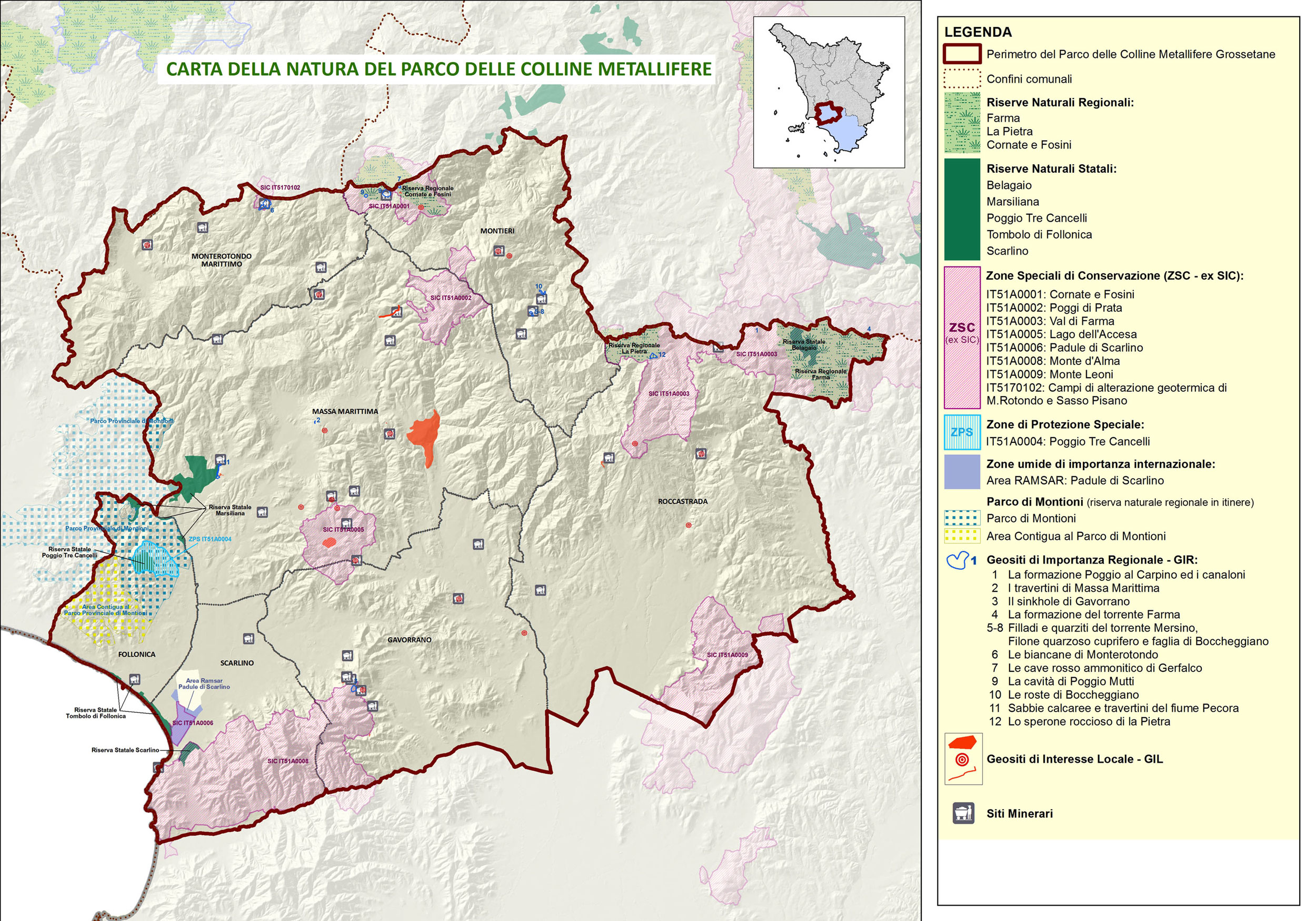 Therefore, within the boundaries of the park there are 4 Regional Nature Reserves (one of which is still in progress), 5 State Nature Reserves (one of which is an integral reserve); furthermore, 10 areas of the Natura 2000 network (ZSC and ZPS), 1 wetland of international importance (Ramsar) and another 10 Biotopes have been identified, the latter mostly representing small areas hosting priority habitats or species from the conservation standpoint. The total is about 19,000 ha of protected nature.

With a view to broadening and disseminating knowledge on biodiversity in the Park, a collaboration agreement has been established with the Fondazione Grosseto Cultura, the managing body of the Museo di Storia Naturale della Maremma (MSNM), which aims at developing scientific conservation and research activities on biodiversity, environmental education activities and scientific dissemination with particular reference to citizen science initiatives, under the coordination and supervision of the Museo di Storia Naturale. 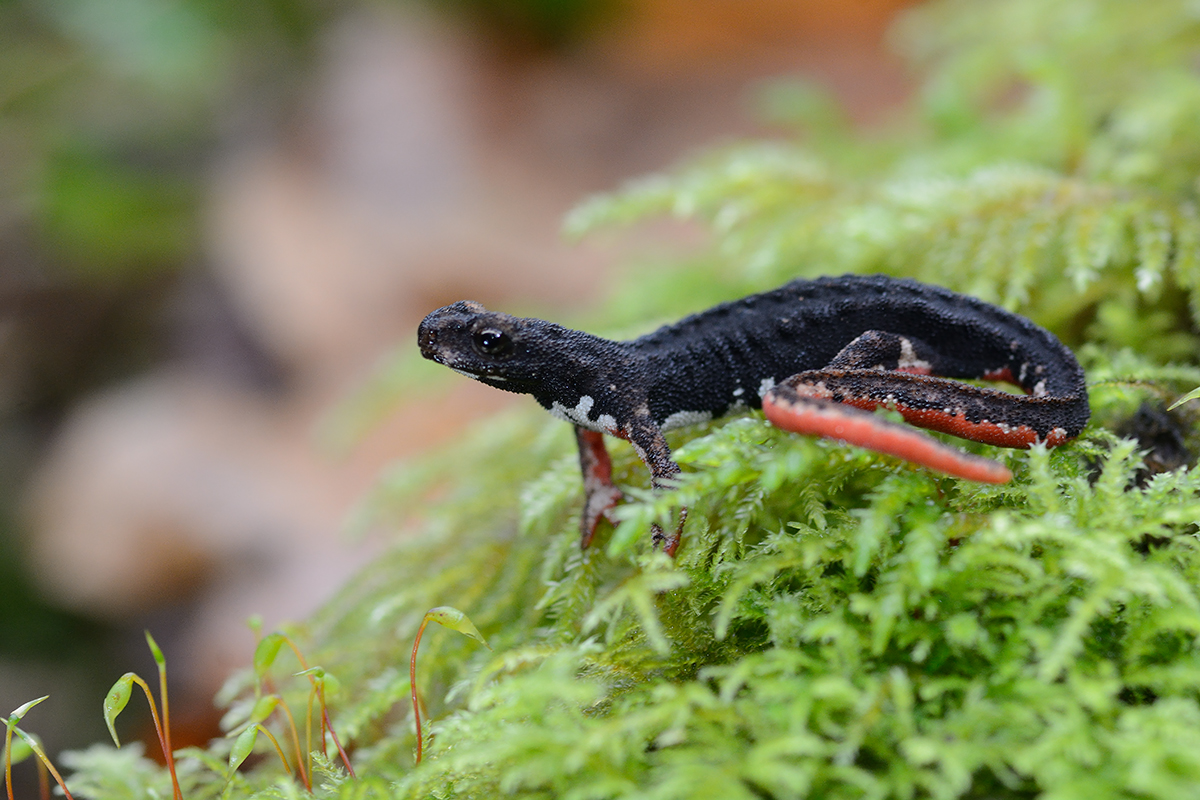